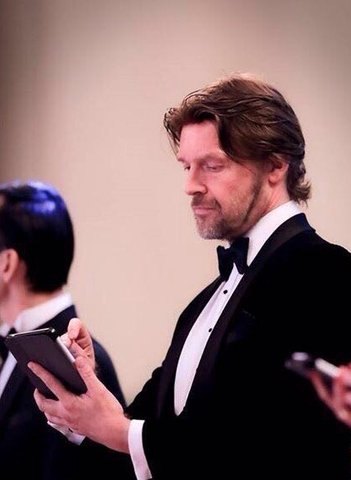 Dirk Bastert was born on the 8th of March 1968 in the westgerman city Wattenscheid. Researches of the ancestral history has shown that he is a direct descandant of the german branch of the family von Brünnow. Officially the name and title Count von Brünnow has not been used since the time of his great-grandfather Hermann Philip Graf von Brünnow.

He came to the dancing when he was at school attending his first dance course in the age of 14.

At this moment already the desire grew to turn the passion into a profession. Nevertheless, after finishing high school, Bastert completed an apprenticeship with the textile company Klaus Steilmann and studied after clothing technology in Mönchengladbach.

In 1994 Dirk Bastert met the famous russian dancer Alla Tkachenko during an international tournament in Moscow, the couple married in 1997. From 1998 to 2002 both not only lived in Russia, but also represented the russian colors at championships.

After the successful completion of the time in the amateur devision of the dance sports, the couple turned professionals in 2000.

The successes continued here as well.

In 2003 he donated a kidney to his mother, who had suffered from the autoimmune desease Lupus for many years.

Since then he has been a member of the Association Athletes for Organ Donation (VSO).

In early 2006 Dirk Bastert ended his career as an active sports dancer.

He won the gold medal at the World Cup, the bronze medal at European and World Championships, took 5 times the title as German Professional Champion as well as multiple times russian champion.

In 2006 he participated in the first season of the still very popular RTL TV format "Let´s Dance" as the professional dancer alongside Olymic Champion Heike Henkel.

After finishing his active carrer Dirk Bastert began to pass on his knowledge and experience.

Today he works as a recognized trainer and lecturer worldwide.

His expertise is particularly valued in Asia.

TV teams have accompanied him several times on reports about his work, such as that of Phillis Fermer "Life in a three quarter beat-a dance teacher conquered Asia".

The license to evaluate international tournaments was awarded to him in 2006 by the World Dance Council (WDC) due to his results as an active athlete.

Since then Bastert judged in over 200 competitions, in more than 30 countries, as well as at world and european championships.

Dirk Bastert is president of the dance sport club Art of Dance Cologne, which he founded in 2006. He and his wife Alla Bastert-Tkachenko since then have repeatedly led the club -especially in the youth field- to the national and international top.

2013 the couple received for this the DTP Award.

Then in 2015 Councellor in Foreign Affairs for the Malaysian Ballroom Dancesport Council (MBDC).

He belongs to the of founders of the German Dance Organisation (GDO) 2022, in which he is in the position as the Executive Board of Directors Sectretary.